For the first time ever, Starr produces himself on his most personal album yet. Ringo is joined on Y Not by old and new friends including Paul McCartney, with whom Starr sings on Y Not’s stunning first single, “Walk With You,” a moving new song about the power of friendship. Ringo meets Hip-O on Starr’s latest solo effort released January 12th on Hip-O Records/UMe.Throughout recorded history, great artists across the universe have dared to ask “Why?” On January 12, 2010, one brave man named Ringo finally boldly declares the ultimate answer — Y Not.For the first time in one of popular music’s most enduring and illustrious careers, Ringo Starr has decided to take charge and produce himself. The result is perhaps the most personal and impressive album of this rock legend’s entire solo career. How on earth did Starr finally locate the absolutely perfect producer to work with him? “Well, I looked in the mirror,” Ringo says with a smile. “And I was looking real groovy that day.”Starr’s decision to take a stronger role in the recording of his latest and greatest solo album was a significant and fortuitous one. “I didn’t do it at the start,” Starr says. “I was the least involved in the production of the Beatle records. And then with my solo records, I worked with some other great producers like Richard Perry, Arif Mardin, and Don Was. So it just seemed like that’s the way that it goes. Then suddenly, it’s another point in your life, and you say, ‘I’m going do this now.’ So I’ll be producing anything I make from now on. That’s the good news. It’s a confidence thing, I suppose. And Y Not is really another way of me saying, “Yes, I can.”The joyous result of Starr looking in the mirror is Y Not, a groovy and deeply felt song cycle that finds Ringo leading a smaller core group of old and new friends including longtime pal and recent brother-in-law Joe Walsh, Dave Stewart and longtime Roundheads member Steve Dudas on guitar, Benmont Tench of Tom Petty and the Heartbreakers on keyboards, Don Was and Mike Bradford on bass. The album also features Starr’s engineer and co-producer Bruce Sugar on keyboards, as well as some special guests like Joss Stone, Ben Harper and Richard Marx on vocals, Ann Marie Calhoun on violin and Tina Sugandh — aka Tina The Tabla Girl – on tabla and chanting. Starr’s songwriting collaborators on Y Not also include familiar and new names like Joe Walsh, Dave Stewart. Joss Stone, Glen Ballard, Richard Marx, Van Dyke Parks, Gary Nicholson plus Gary Wright and his former Roundhead band member, Gary Burr.Yet no collaborator featured on Y Not is likely to receive as much attention as Starr’s former bandmate and longstanding mate Paul McCartney, who adds a characteristically brilliant bass part to the inspiring “Peace Dream” — Starr’s latest heartfelt plea for peace and love — and even more notably provides his unmistakably fabulous vocals to “Walk With You,” an exquisite new composition by Starr and Van Dyke Parks.“Walk With You” is a moving, even spiritual meditation about the lasting power of friendship, and McCartney’s inspired participation on the track was a testament to McCartney’s generosity of spirit and musical talent. “Paul was doing the Grammys, so he came over to the house and was playing bass on “Peace Dream.” So I played him this other track and Paul said, ‘Give me the headphones. Give me a pair of cans.’ And he went to the mike and he just invented that part where he follows on my vocal. That was all Paul McCartney, and there could be nothing better. He makes it bigger and he makes it fuller. It makes the song like a conversation between us, and that was Paul’s idea to do his part one beat behind me. That’s why he’s a gen-i-us and an incredible bass player.”Indeed, there’s a whole lot of genius on display throughout Y Not. Highpoints here include “Fill In The Blanks,” the album’s rocking opening track written, played and sung only by Starr and Walsh. Then there’s “The Other Side Of Liverpool,” a revealing autobiographical song that explores Starr’s earliest and darkest days. “People believe I was born, was a Beatle and lived in a big house,” Starr explains. “And where I come from was a very dark, damp, violent neighborhood. I wanted to write another little snapshot of my life, and I’m going to do this every album. It’s better for me than doing it in a book. In two lines I can say what would take five pages. Like the song says, “The other side of Liverpool is cold and damp/Only way out of there/drums, guitar and amp.”Starr was already particularly thrilled with one early review for the first album he produced that came from someone he helped produce too. “I just played it for my son Zak,” Starr explains. “And Zak was so great. He said, “Dad, it’s great. This rocks! You should have been doing this forever. It’s nice coming from your boy, especially since he’s a really good drummer.”Listen for yourself. And hear Ringo Starr – also a really good drummer – doing exactly what he should be doing today and forever.Why?Y Not. 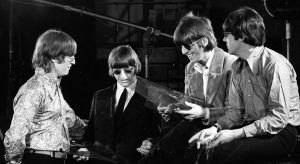 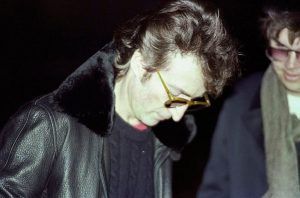 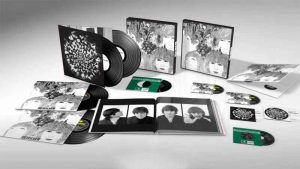