This was The Beatles’ first night-time performance at Liverpool’s Cavern Club. Their 11 previous appearances at the venue had been lunchtime shows. Bob Wooler had told me about The Beatles and I had become aware of The Beatles earlier when Pete Best’s mother, Mo, phoned me to say, ‘My son is in a wonderful group, they do very well, so why don’t you book them?’ My response was, ‘I’ll let you know.’ When it came to beat music, Bob was the expert and I relied on him to select the groups. He told me that The Beatles had come from Hamburg and he was at Litherland Town Hall and saw their return, and he said, ‘You’ve got to have them.’ Brian Kelly, who ran Litherland Town Hall, booked them for all his shows, which were all on a Wednesday. I couldn’t have them on Wednesday, I wasn’t open on Thursday or there would be modern jazz, and the weekend was traditional jazz, and so I decided to book them on a Tuesday. This was the Blue Genes guest night, and they wanted good, well-organised, clean beat groups, ones that weren’t too loud and wild, and they would suggest groups to me.Afterwards, three of the Blue Genes tackled me in Mathew Street and they were most upset. As far as they were concerned The Beatles didn’t have the musical talent and they weren’t clean, fresh and well-organised. I said that if the place is full, there are a lot more people watching the Blue Genes.Ray McFall, Cavern Club ownerThe Cavern, Spencer LeighAlthough the precise number of their Cavern performances is not known, The Beatles played at least 155 lunchtime and 125 evening shows. Their final performance at the venue took place on 3 August 1963.This was the first time I had seen The Beatles and they were in black leather and dripping with sweat. They were doing songs that I’d never heard before and I wondered where they had got them from. They did an absolutely fantastic version of Besame Mucho, one of the best things I’ve ever heard on stage.Joey Bower, The Four JaysThe Cavern, Spencer LeighOn this occasion they supported The Blue Genes, who later became The Swinging Blue Jeans.Ray McFall had booked The Beatles for our guest night without telling us and we were very annoyed about it. They played so badly then. The Beatle fans had annoyed our fans by getting there early and sitting in the front rows. They watched us and it was like, ‘What’s all that?’ They wanted The Beatles.Ray Ennis, singer, The Swinging Blue JeansThe Cavern, Spencer LeighThe Blue Genes started off as a jazz-influenced skiffle band. In the early 1960s, like The Beatles, they performed in Hamburg, where their sound became more influenced by rock ‘n’ roll.The group took their music seriously, and were nonplussed to see the reaction given to the often shambolic Beatles.Their singing was very rough and their guitars were out of tune. We rehearsed a lot to get our sound right and we weren’t too happy to see The Beatles going down so well with something they’d only rehearsed five minutes before.Ralph Ellis, guitarist, The Swinging Blue JeansThe Cavern, Spencer LeighIn December 1963 The Swinging Blue Jeans released a version of Chan Romero’s 1959 hit The Hippy Hippy Shake. It was a Merseybeat favourite, and The Beatles were one of the first groups to cover it in the region.I’d been talking to Paul McCartney about American records in my collection and he’d borrowed Chan Romero’s Hippy Hippy Shake. To my surprise, he featured the number of their first evening appearance.Bob Wooler, Cavern Club DJThe Cavern, Spencer Leigh 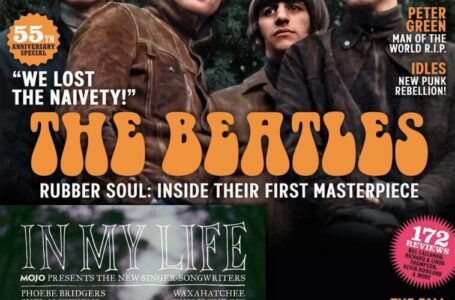 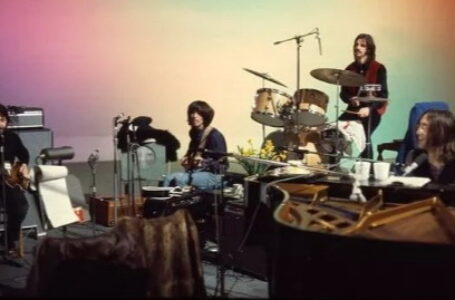